The Building Blocks Of Craft Beer

Have you ever wondered what it’s like to design a beer? What would you personally make your perfect beer taste like? This is a process head brewers and brew-masters undertake all the time. But, where do they start? First, you need to understand the building blocks of beer, in order to decide how to design one!

Let’s break a beer down into it’s 5 major components and briefly explain them: 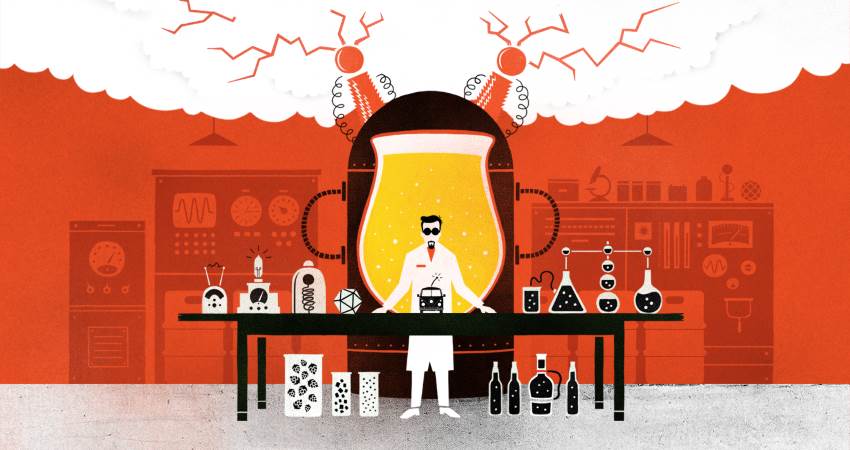 Water makes up most of the volume of beer. Breweries typically filter and treat the water to model water types from different regions around the world. For example, if you want to create a great tasting pale ale or IPA, you want to ensure your beer has certain minerals and hardness in it. This is replicating the water style from Burton-on-Trent in the UK, an area that contributed to the origin of the pale ale style.

Most beers are made from 100% malted barley. This is barley that has gone through the malting process (the barley is soaked with water, starts to sprout and then is kiln-dried at a specific point in its growth to allow for starches and important enzymes to be present.) The malted barley provides sugar (starch converted to sugars in the mash) and colour in the beer. The simple sugars created in the mash will be eaten by yeast and converted into alcohol and other by-products.The more complex sugars created will be left in the beer to provide sweetness and body (the perceived heaviness of the beer on the palate). The hotter and longer the barley is kilned in the malting process, the more roasted the final malted barley is. The more roasted it is, the more colour is attributed to a beer and the more roasty toasty flavour it gets! 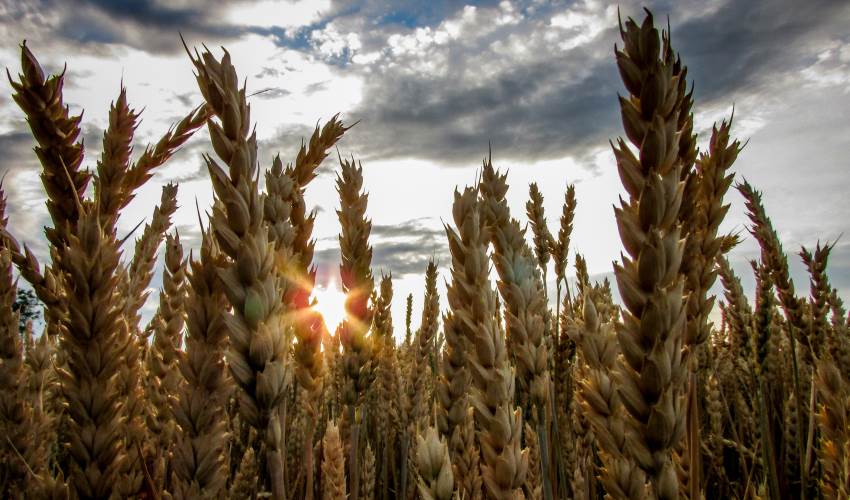 Hops are a wonderful plant that you can grow in your own backyard. Not only are they anti-microbial, but they impart wonderful aromas, flavours and bitterness into a beer. Hops are first added in brewing process during the boil; the more you boil the hops, the more bitterness is imparted into the beer and the less of the flavours and aromas are left behind. If you want a very aromatic, flavourful and bitter beer, you would add hops early in the boil and late in the boil (and very likely after the boil too!). Hops can add a wide range of aromas and flavours that are described as: grapefruit, pine, resin, floral, spicy, wood, mint, earth, melon, guava, mango, etc etc!

This is the “magic” ingredient! The yeast eats simple sugars that are in the unfinished beer and converts these into alcohol, carbon dioxide and other flavours and aromas called esters and phenols. Within the world of beer yeast, there are two main families of yeast: lager yeast and ale yeast. Lager yeasts can be fermented at colder temperatures and generally impart very little flavour. Ale yeasts are happy and effective at warmer temperatures and impart mild to very potent flavours and aromas into the beer! Ale yeasts can have descriptors that range from banana, clove, bubble gum, plum, pear, black cracked pepper, pineapple, earth, hay, horsey, smokey, etc! 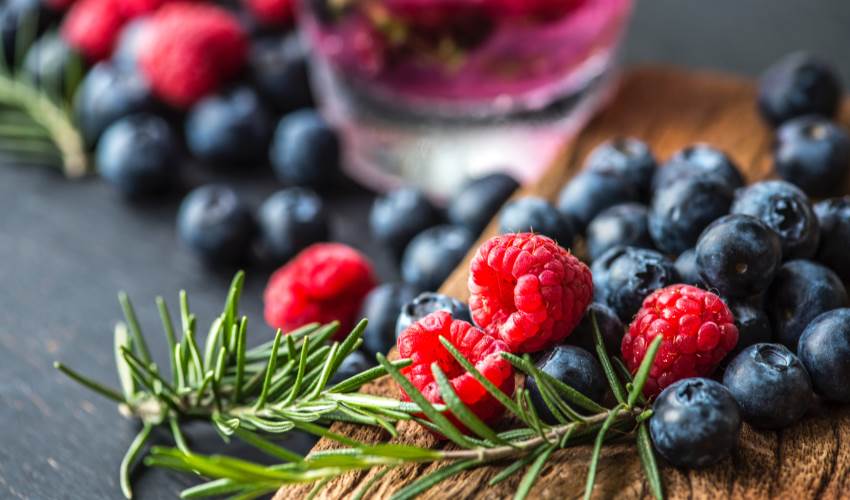 In the beer world, it is generally accepted that beer may have other various added ingredients and often it is even encouraged. Although hotly contested by German brewers and some “beer purists”, adding fruit, spices, sugars, wood/barrel aging or other such things can multiply the diversity that beer has.

Ok, so now that we have this out of the way, you are ready to start designing a beer! Do you want a clean, simple beer that has a hint of sweetness? Well, let’s choose a slightly roasted malt that brings hints of caramel. Let’s add minimal bittering hops and just a touch of other hops that have a fruity aroma. Let’s also ferment that with a clean lager yeast so as to not complicate the beer.

For the next beer, maybe you want a punchy, hoppy beer with tons of pear and mango flavour! Lets go with a Belgian ale yeast strain that bring pear character and lots of hops in all steps of the brew that are from Australia and New Zealand that bring tons of melon, stone fruit and mango! Oh, and don’t forget to “Burton-ize” the water for this hoppy brew! 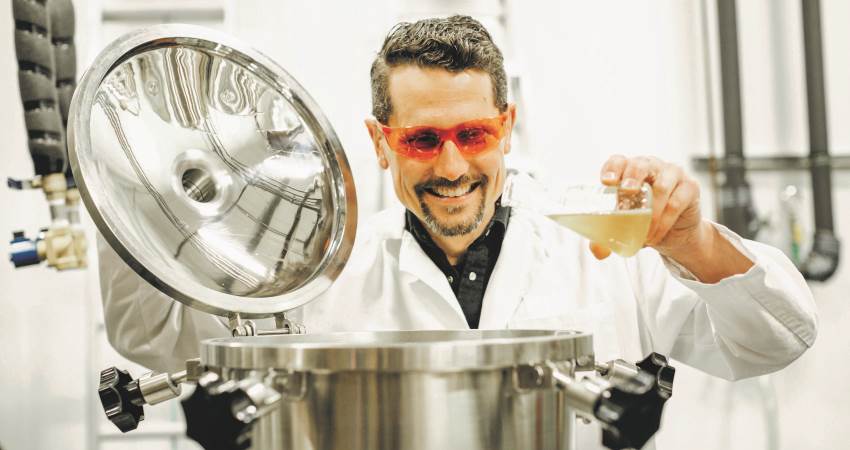 Pick Up Some Beer At Your Local Liquor Plus

The next time you pick up a beer at your local Liquor Plus, you will now know the level of intention that a brewer went through to bring you an amazing tasting beer! 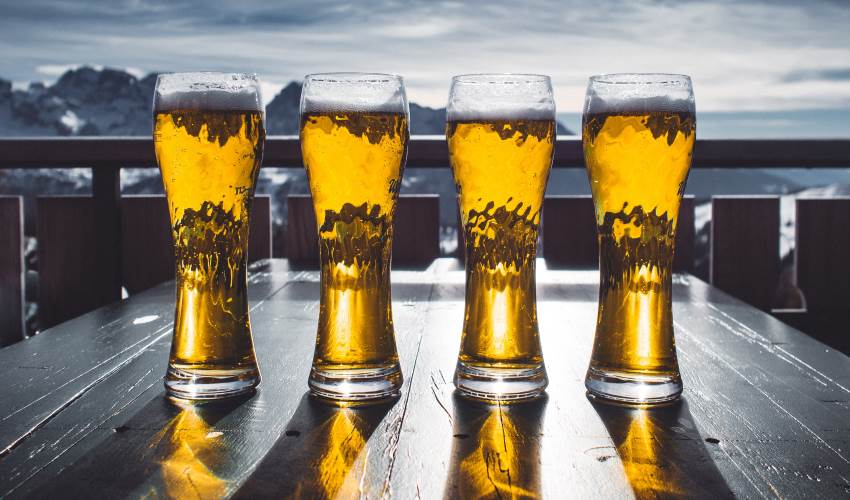