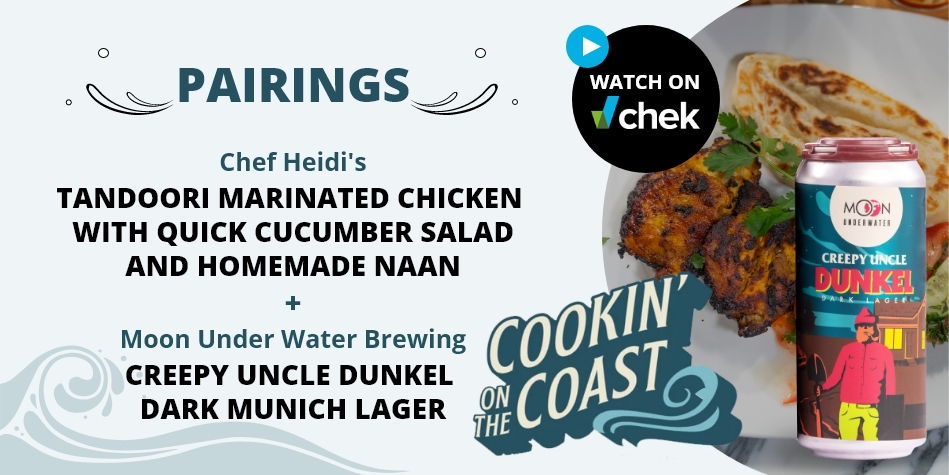 Cookin’ On the Coast Episode 5: 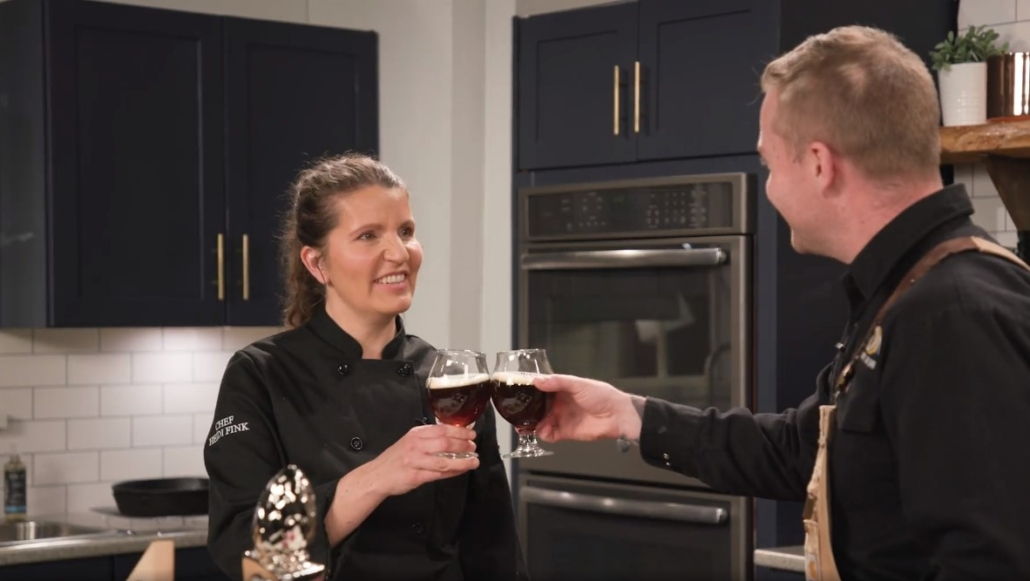 For episode 5, we’ve got a bold, exciting pairing lined up. Chef Heidi will be cooking up Indian-style tandoori chicken, a spiced cucumber salad and homemade naan bread. There’s tonnes of flavour coming your way!

Our Liquor Plus sponsored pairing for episode 5 is the Creepy Uncle Dunkel Munich Lager from Moon Under Water. Clay will be representing Moon Under Water on this episode, joining Chef Heidi as they break down this rich and flavourful new pairing.

Together with Chef Heidi and Clay from Moon Under Water, we’ll learn why this tandoori chicken dish with a cucumber salad and naan pairs so well with this dark, German-style beer. Clay will also share what’s new at Moon Under Water, where they source their ingredients, his strategy for pairing Indian food, and more. 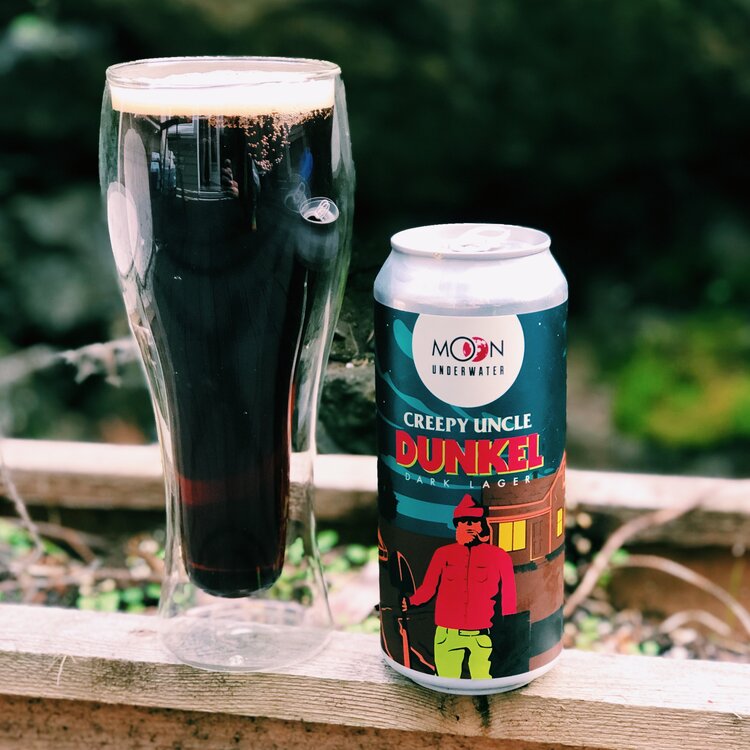 Creepy Uncle Dunkel Dark Munich Lager is not for the faint of heart. It’s a strong beer with intense malt flavour, but with a surprisingly refreshing finish.

Look for notes of chocolate, biscuit and caramel. Delicious!

Why it Works with Our Tandoori Chicken, Cuc Salad & Naan

Clay from Moon Under the Water joins Chef Heidi to discuss this exciting combination. He says that while he’d usually opt for an IPA when eating Indian food, the tanginess of the tandoori will pair excellently with something dark like the Creepy Uncle Dunkel. With rich, earthy flavours, this Dunkel is the perfect pairing for tandoori chicken.

Clay approaches beer pairing with the ‘compare’ or ‘contrast’ strategy. A hoppy pilsner would’ve done a great job contrasting, but the citrus filled cucumber salad will do that job. Instead, he’s decided to go with the Dunkel to match the flavours in the meal. 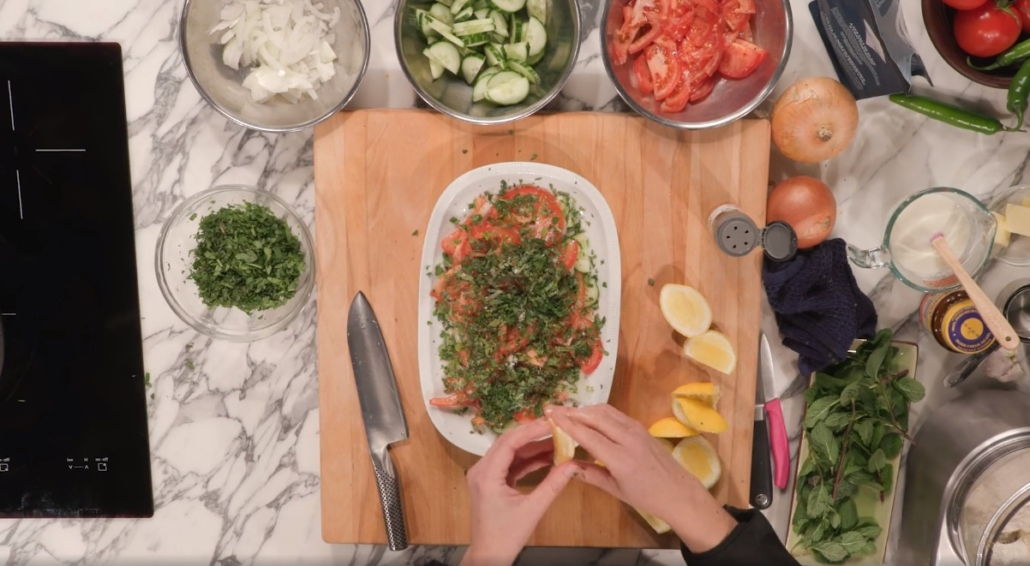 How to Pair a Dark Lager

Dark beers like the Creepy Uncle Dunkel have intense malt tastes and notes of sweetness. They’re heavy, and filled with plenty of bold flavours.

This Week’s Partner: Moon Under Water 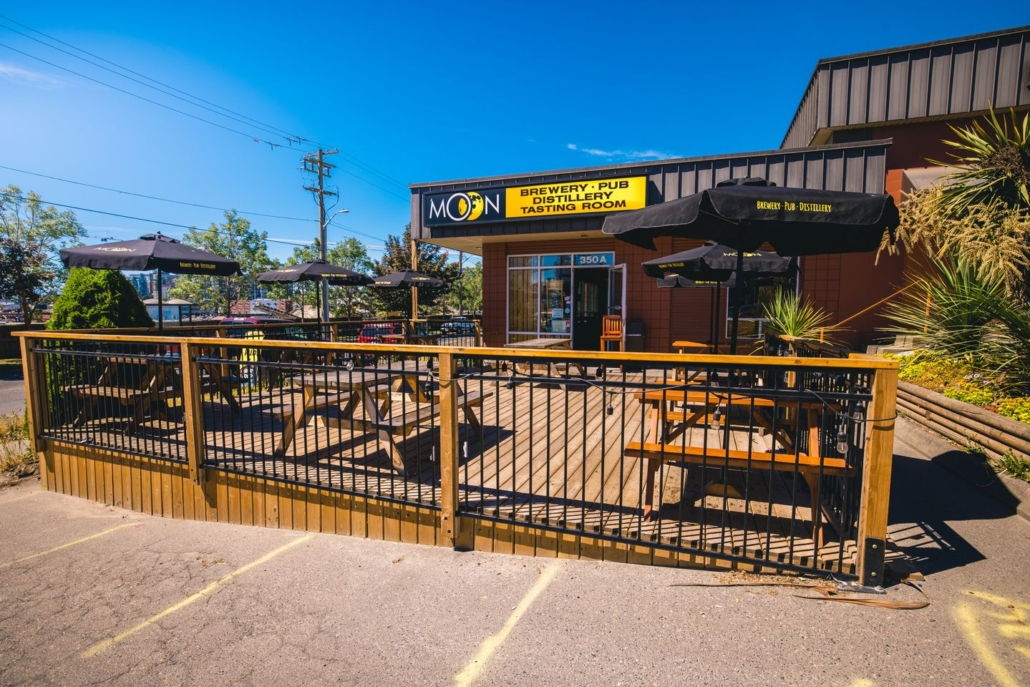 Moon Under Water Brewpub and Distillery is located at 350 Bay Street, right near the Bay street bridge.

The lively, art-filled brewpub is kid-friendly, and features one of the best wing nights in town. Not to mention – the beer is incredible. Aside from this episode’s pairing, the Creepy Uncle Dunkel Dark Lager, be sure to try the award-winning Pott’s Pilsner.

Not into beer? Moon Under Water is also home to an impressive cocktail selection, complete with whisky, gin and vodka distilled right on site!

The distillery has a full lounge and patio., and is located right next to the brewpub (pictured above). Kids are welcome here as well, as are dogs on the patio!

To learn more about the beers, brewery, distillery and tasting room: Moon Under Water .

Phillips Tilt Lager with Lemongrass Coconut Soup – Cookin’ on the...